I’m a runner and a race director. Up until a few months ago, I’d never personally had a problem with cramp while running but the race we organise traditionally has had a high DNF rate as the heat of Canterbury Show Weekend wreaks its havoc on people working hard for a long time.

To try and help this, among other things, we arranged to have Cramp Stop at the aid station as another option for the runners to use. During the race last November one of the competitors was slowing down. She hobbled in to the aid station. She looked done. We talked about her troubles. It was related to the heat but she’d been doing everything right – fluids, core cooling, and electrolytes.

I asked her if she had tried Cramp Stop. She said no and we discussed what it was and if she wanted to try it. She said she had no other options so a quick squirt under her tongue and she set off to try again. A little bit later we were all surprised when bursting into the aid station came this dancing figure and this voice – “give me more of that magic stuff!”

The Cramp Stop had worked wonders and she was back at normal speed for the rest of the race. She squirted every 6ks and finished the 100-mile race – as first female! Everyone who witnessed that was sold on the benefits. It was amazing to see the transformation, so from that time on, even though I’ve never had a problem with cramp myself, I carried the bottle in my running pack first aid kit. 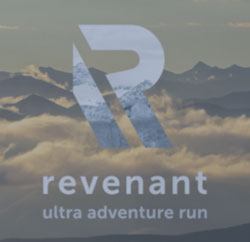 3 months later near the top of a Central Otago Hill, towards the end of a long day at the Revenant adventure race, the person I was running with suddenly stopped. She had cramp and thought she was done. So out came the Cramp Stop! A quick squirt and we started moving again. A few paces later she started jogging.  Another cure from the same bottle!

Then just one month later, it was my turn. I was nearing the top of another Central Otago mountain – on loop 2 of the Northburn one hundred mile race – after a full day of hard ups and downs.

Ultra racing is a sequence of problem-solving steps. Move, monitor, and when you detect a problem with your body, analyse, fix it, and keep going. I’d been doing this all day and suddenly there was a new problem. Out of the blue a spasm – tightening – bit me. Cramp! A problem I’ve never had before in a race but from the last few months i was prepared!.

I instantly took off my pack, got out the bottle and squirted under my tongue. By the time I put the pack back on, from the first step I took the cramp was gone and it stayed away for the rest of the race! That was amazing. Most body issues take much more time to go away!

That wee bottle saved 3 people’s races and it’s still in my pack ready to save whoever else i find needs it next! While some others are hesitant, I can certainly vouch for the “magic” in that wee squirter bottle. The best in health and wellness, delivered to your inbox
ALWAYS HAPPY TO HELP

Need advice on one of our products?
GET IN TOUCH

SEND US A MESSAGE

Do you have questions about how NZ Natural Formulas can help support your well-being? Send us an email and we’ll get in touch shortly.

ALSO AVAILABLE AT YOUR LOCAL PHARMACY OR HEALTH STORE

We don't believe in additives

Suitable for All Ages 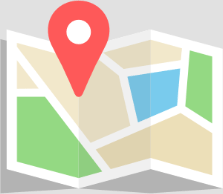